5 Grilling Mistakes You Should Never Make 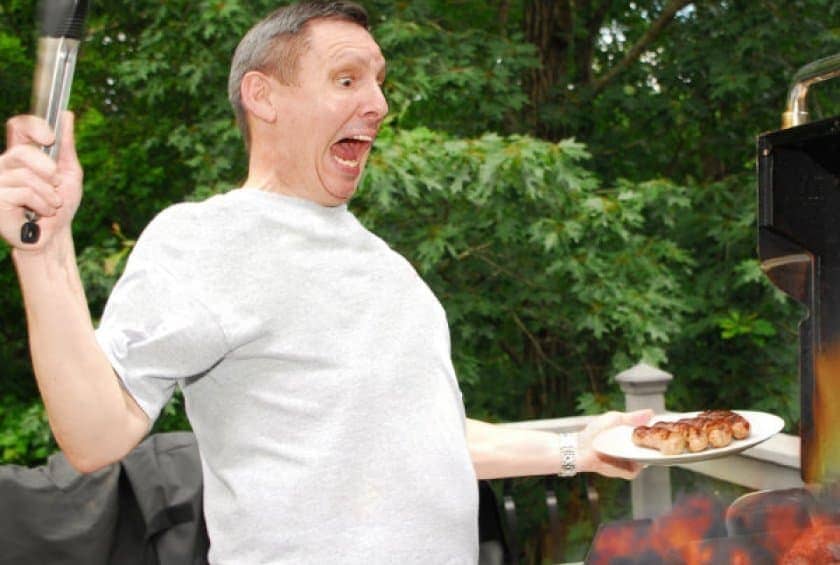 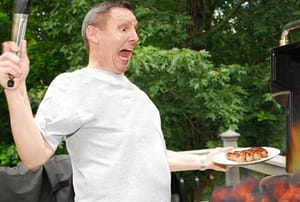 Don’t make these common mistakes when hosting a barbecue.

All across the country, friends and families are gathering together in celebration of the official start of grilling season.

All too often, hosting a “barbecue” means a grill filled with sizzling hot dogs, monster burgers, and fire roasted corn on the cob. The truth, however, is that the gathering is more likely to be a grilling party (or simply a cookout) as barbecue and grilling are two distinct methods of outdoor cooking. While grilling is a process in which items are cooked “hot-and-fast” over direct heat, true barbecue is prepared using a “low-and-slow” cooking method.

For example, staples such as steaks, burgers and hot dogs are perfect for cooking quickly over a high heat direct flame, while larger, tougher cuts of meat like a brisket (you can find one of my favorite recipes here at Grilling.com) benefit greatly from cooking at a low temperature (generally 225-250 degrees) over indirect heat for several hours.

Here are five other common mistakes made by backyard cooks and tips to help step up your grilling game this summer:

Bring the Heat
The guests have arrived and it’s time to get the grill going. All too often, though, that means building a massive charcoal fire or turning the burners to high and getting the grill as hot as humanely possible. While an extra hot grill is perfect for certain dishes such as searing a steak, it’s also the reason that so many grilling parties feature a significant amount of overcooked, and often charred, food. Instead, build a two-zone fire by placing the majority of coals on one side of the grill, thereby allowing you to move food to the cooler side if it’s cooking too quickly.

Making the Cut
You’ve purchased the most delicious looking steaks from the store, seasoned them just right, and then grill them to perfection only to cut in to them to “check for doneness.” Not only does cutting in to a steak (or chicken for that matter) release tasty juices from the meat, it also makes for a less-than-perfect presentation due to the big old slice you’ve made. To avoid making the cut, invest in a good instant read thermometer such as the Thermapen from Theroworks that will allow you to grill steaks and other meats to the desired degree of doneness.

Skip the Soak
Smoking woods such as cherry, hickory, apple, and pecan are a wonderful way to add an extra depth of flavor to meat, fish, and other food cooked on the grill. Yet as popular as they are, so too is the belief that the wood should be soaked prior to adding it to the grill in order to keep it from burning. In reality, the water does absolutely nothing to enhance the cooking process as the water simply creates steam as the wood dries out, thereby delaying the flavorful smoke that you are looking for. Equally, long soaking times actually result in very little water penetration as demonstrated in detail by Meathead of AmazingRibs.com here. When using wood chunks, simply place 2-3 fist-sized chunks (5-6 if smaller) on the preheated charcoal. For wood chips, extend the smoke time by creating what I refer to as a smoke bomb, wrapping a handful of chips in foil and poking several holes in the foil before placing it on the charcoal.

Getting Sauced
When it comes to backyard cookouts, countless grillers stick fast to the belief that it is best to sauce meat early and often. While barbecue sauces adds that sticky sweet element we all love when it comes to grilled chicken, pork, and beef, they also contain large amounts of sugar and other sweeteners that cause them to quickly burn over direct heat. The next time you grill, apply the sauce near the end of the cooking process. Brush the top side of the meat, cover the grill, and allow the sauce to set for approximately 5 minutes. Flip the meat and repeat before removing it from the grill and serving.

Fight the Flair
Flare-ups are an all too common issue when cooking over live fire as oil from marinades and/or fat dripping from the meat catches fire in the coals. While it’s not uncommon to see grill masters reach for a water filled spray bottle to tame the flames, in reality the water will not only compound the problem as the water will merely spread the burning fat and cause more flames but will also stir up a cloud of non-appetizing ash. Instead, utilize the grill lid and vents to cut off the oxygen flow and thereby tame the flames.

Get Your Gift Card Here